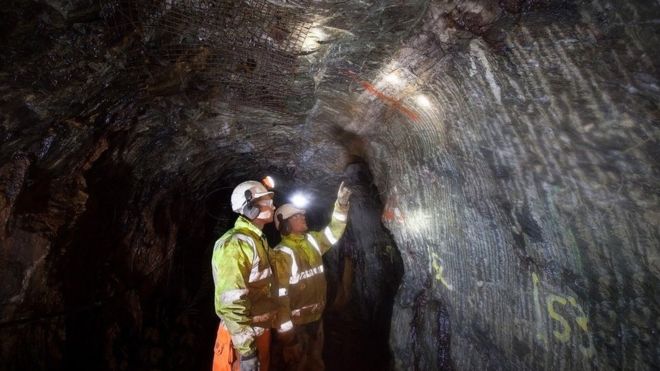 Dalradian has submitted a package of Further Environmental Information (FEI) to the Department for Infrastructure (DfI), completing another step in the planning process for its application to build an underground gold and silver mine in County Tyrone.

The FEI addresses requests from the authorities for more details on certain aspects of Dalradian’s planning application and third-party representations. It also includes a number of environmental enhancements to the project made after listening to feedback during the planning process.

• The project will be carbon-neutral – meaning it will not contribute to climate change – through measures such as using renewable power, electric vehicles, covered conveyor belts and biodiesel. The fuel usage has been reduced by 25% or approximately 1 million litres per year. This commitment to a zero carbon footprint will be for life of mine and is a first in the European mining sector.
• Use of the latest modern sorting technology underground to recover the maximum amount of mineral while removing the minimum amount of rock, ensuring that the impact on the local environment is minimal.
• No cyanide or smelting will be used. Instead, simplified processing will yield a partially refined product that will receive further treatment overseas.
• Water demand reduced by nearly 30%; all water for operations will be sourced on-site and recycled within the site. The only requirement for off-site water is for drinking, showers and toilets, which will be supplied by a new mains connection.

Commenting on the progress of the application, Patrick F.N. Anderson, President and CEO said: “The mine will be immensely beneficial for Co. Tyrone and the wider region, creating 1,000 jobs and spending of £750 million locally over 20-25 years. We will be investing in training and working with local colleges to make sure that it is the local people who benefit most from the long-term jobs and opportunity that this project will create.”

“Given the scale of the project, it has met with a very high level of interest and comment. We have listened carefully to the feedback we’ve received from those who have actively engaged with us. We recognize that while the economic opportunities are exciting, protecting the landscape and safeguarding the environment are equally, if not more, important. That is why we have made these further enhancements to ensure that Tyrone has a modern, environmentally responsible mine operating to the highest standard.”