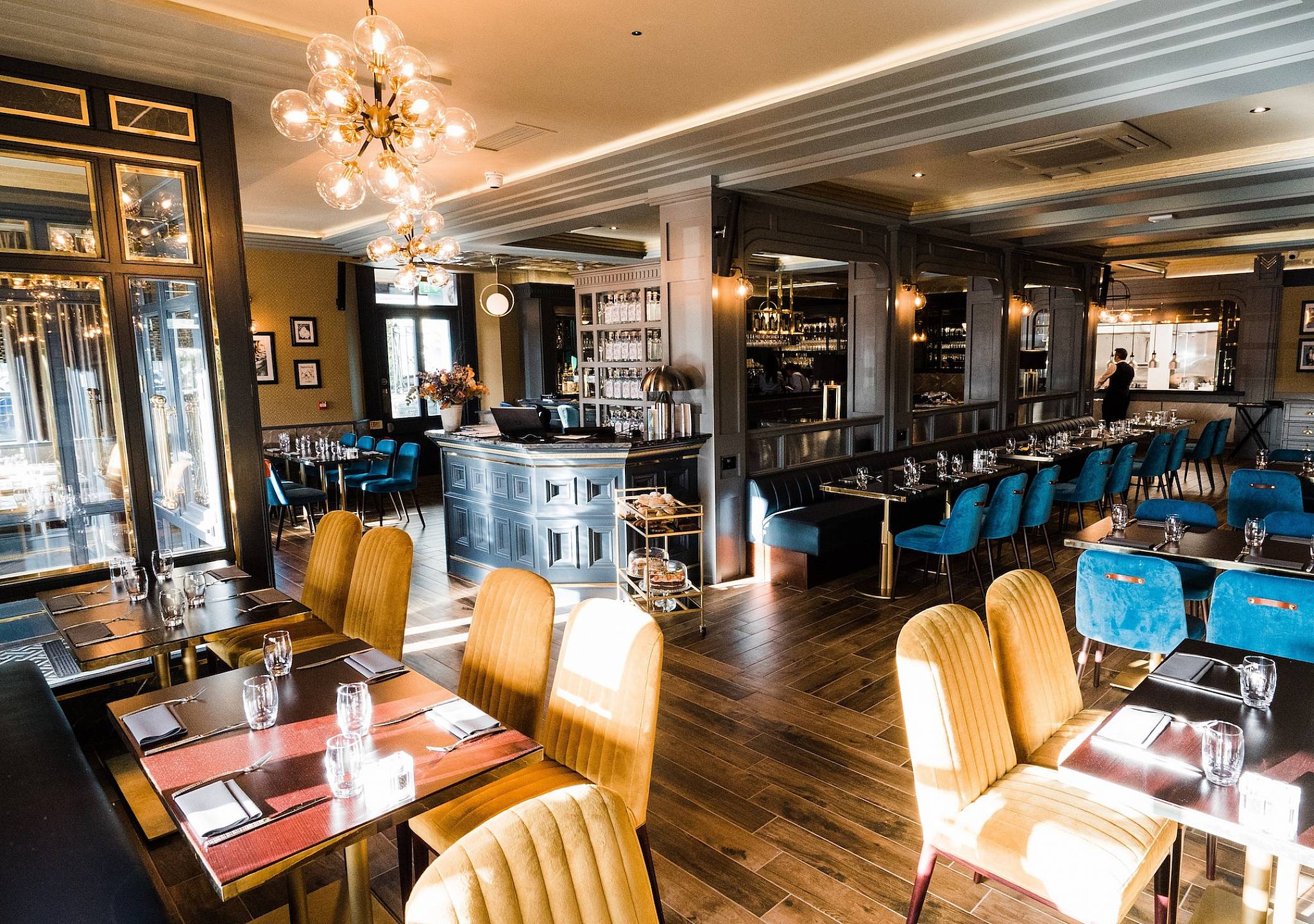 In October 2018 The Garvan O’Doherty Group transformed the former night club annex with a £500,000 investment in developing Caterina’s Bistro. Since opening its doors’ Caterina’s has flourished and attracted rave reviews from both locals and international visitors alike. Named after Leonard Da Vinci’s mother, Caterina di Meo Lippi, the inspiration is evident from the decadent interior and renaissance style artwork.

With over 20 years in the hospitality industry Executive Chef, Kevin McCole, is renowned for providing the highest standard of food. With a key focus on locally sourced produce he has designed a carefully crafted menu of exceptional dishes to tempt all types of customers.  Farm – to – food, local produce is central to Caterina’s overall philosophy which is evident from the range of local suppliers, for example, the meat’s sourced from Higgins of Castlerock and Doherty’s of Derry, the fish from Donegal, the vegetables from Season Harvest in Claudy, and the eggs from Russell’s of Eglinton.

The restaurant service team is held up by Peter Cochrane who is dedicated to ensure the highest standard of service and attention to detail is paramount to every guests’ experience.   The team are now an award-winning combination and have received their first set of awards. Open Table UK is an online booking tool which allows customers to book a table with a click of a button. It has awarded Caterina’s a host of accolades including 2019 Diners Choice Award for Best Overall Experience, Best Ambience, Special Occasions & Sunday Lunch in Northern Ireland.

Speaking on the achievement General Manager Olga Henry expressed: “We are delighted to have achieved our first award for Caterina’s Bistro. We know we have an exceptional restaurant and are thrilled to be voted by the Open Table Diners who have experienced this first-hand. Since opening we have firmly placed ourselves as the go-to place for all occasions from a casual brunch, business lunch meeting to a special meal with family and friends. The future is exciting with the launch of Afternoon Tea where we believe we will be serving the best afternoon tea in the city and are gearing up to what already promises to be a fully booked Christmas season.”