Local Education Project Takes Off at City of Derry Airport 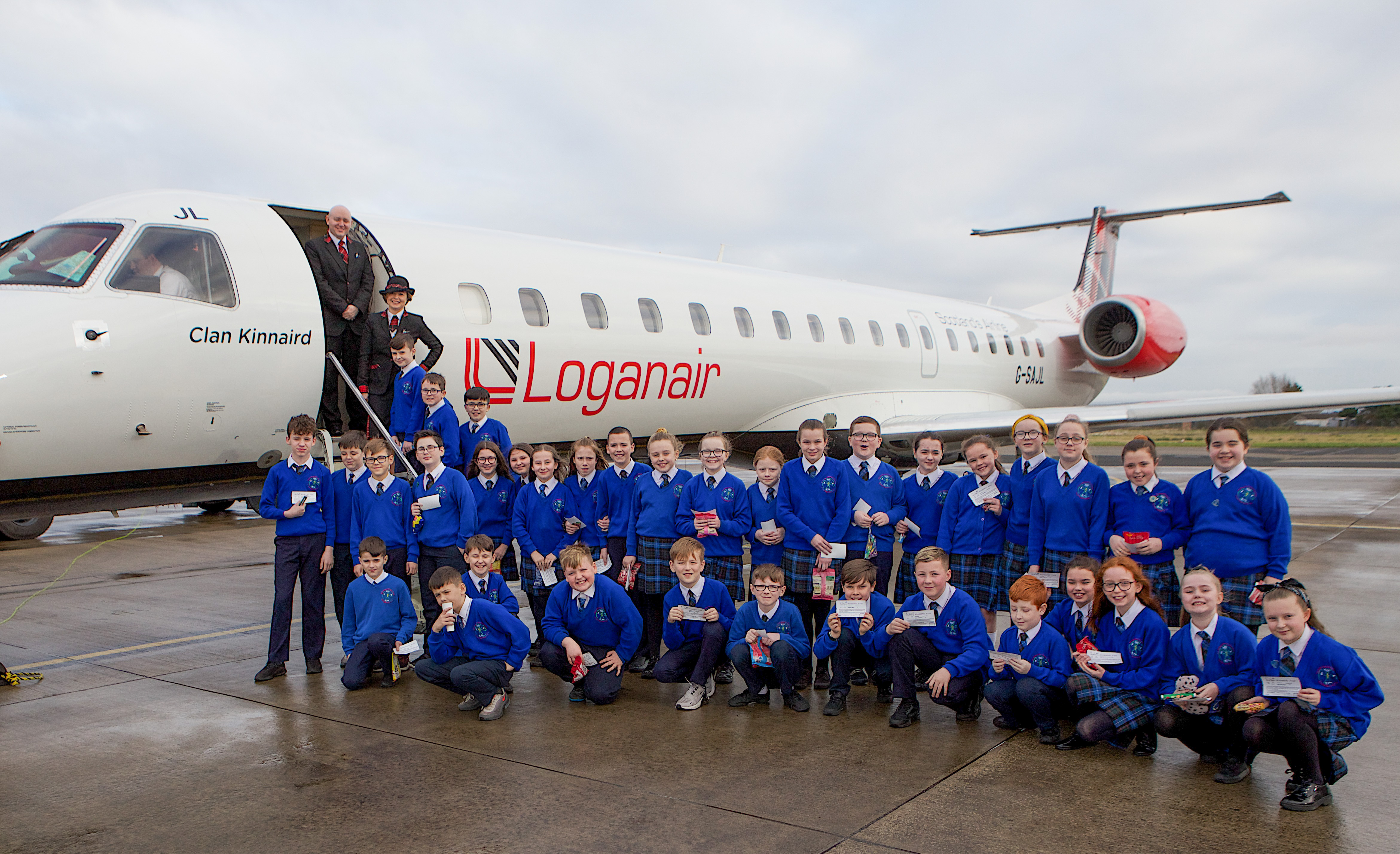 City of Derry Airport and Scottish airline, Loganair, have teamed up to provide an educational aviation experience for the local school children taking part in the Strabane Extended School’s Cluster Project, an initiative developed by Northern Ireland’s Department of Education. The scheme aims to improve levels of educational achievement for children and young people by providing additional support to help them reach their full potential.

David Gamble, teacher at Strabane Controlled Primary School, expressed his delight on the project: “Many thanks to City of Derry Airport and Loganair for the flight experience they offered to our pupils from the Strabane Extended Schools Cluster group. Our pupils thoroughly enjoyed their day at the airport, consolidating their knowledge on the topic of flight as well as learning about the day to day running of an airport. Thank you very much.”

Hannah Campbell, a member of Loganair’s marketing team, noted: “Everyone at Loganair and City of Derry Airport had a really fun day welcoming pupils onboard our Embraer 145 aircraft. There are numerous career opportunities in aviation, from working in passenger service to aircraft maintenance. Hopefully all of the pupils enjoyed taking part in the Extended School’s Cluster Project and perhaps some of them will now consider working in our industry.”

Mr. Clive Coleman, Contracts Director at City of Derry Airport, added: “It’s fantastic to be able to support the Extended School’s Project from The Department of Education and I’m proud that the team at City of Derry Airport will be contributing towards these young people’s education – the young people who are ultimately the future of the North West region. And perhaps we’ve inspired some aviation professionals of the future!”

For more information on the Extended School’s Cluster Project from the Department for Education, visit www.education-ni.gov.uk.