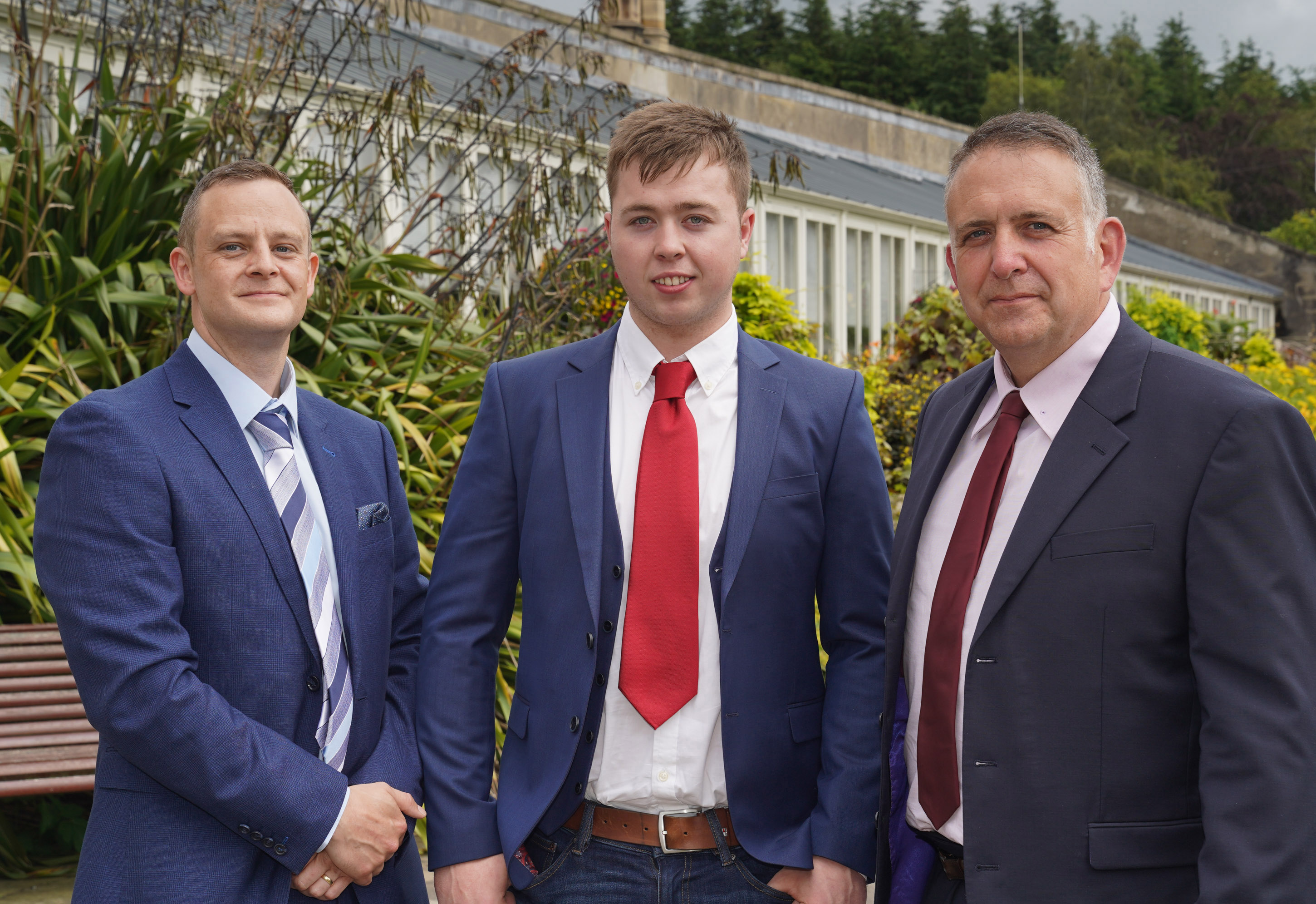 A North West Regional College (NWRC) student is preparing to travel to Kazan, Russia to compete in the 2019 Worldskills Finals, after being selected to represent Team UK in the field of Automotive Technology.

Derry native Declan Porter, who studies at the college’s Springtown campus, which is currently undergoing a multi-million-pound redevelopment, will take part in the event, which is widely regarded as the World Skills Olympics, and will be televised during the last week of August.

Competing against students from more than 60 countries, Declan, who also works at Donaghey’s Garage, will go head to head against the top student mechanics in the World, in a bid to win a Gold, Silver or Bronze Medal.

It’s a dream come true for the local man who had never left the country or even been on an aeroplane before he began taking part in skills competitions with NWRC.

“To begin with I wasn’t sure,” said Declan, “but Barry McDaid, my lecturer told me I was good enough and I should go for it.

“To get to the Worldskills Finals is a huge achievement and I’d love to bring back a medal. To come this far has been tough, I’ve had to get through a lot of heats against a lot of other experienced students.

“In the last few months, I’ve been in college working hard, even over the Summer months, to ensure I am completely ready for the competition in Kazan.  In June Barry and I travelled to France for international training.

“The staff at NWRC have been supportive. I couldn’t study Automotive Technology at Secondary School so coming to Springtown campus was the perfect option for me. I had no idea it would lead on to me competing in a worldwide event like this, it really has been life-changing. As well as studying Automotive Technology I’ve also completed a course in Welding at NWRC Limavady which has given me an extra edge. “

But as Declan explains, car technology these days is much more than Mechanics, and he’s already stepping his preparation up a gear ahead of the competition.

“Of course you need to know the mechanics and that it a big part of it,” he said. “There is also a huge I.T. element to Automotive Technology including knowing the electrics and mastering the diagnostic tools.

“In Kazan I’ll be asked to strip an engine with faults and put it back together again, but I have to be prepared for a wide range of tasks including body electrics, wheel alignment, engine management, and have a wide knowledge of hybrid cars. It’s challenging both mentally and physically.

“Luckily I have a calm head and will work with what they give me very methodically, bringing together all the knowledge I’ve acquired.”

North West Regional College Lecturer Barry McDaid, who is also the WorldSkills UK Training Manager in Automotive Technology, said he has no doubt that Declan is ready to meet the challenge ahead of him at the finals in Kazan in August.

He added: “Hard work, perseverance, skill and determination have brought Declan to the top of his game where he is now competing among the best in the world.

“North West Regional College prides itself on providing top class training and education in facilities that enable students to compete at this world-class level.

“The College has long been a supporter of WorldSkills, producing competitors and providing training managers in a number of vocational areas including joinery, construction, and electrical installation.

“Competing is not only a challenge for students, but it also has also benefits including developing employability skills, building confidence and improving technical skills to a world-class level.

“This is a huge achievement for Declan and staff and his fellow students at NWRC’s Springtown Campus are delighted with his success so far.

“To watch him grow in confidence has been inspiring. He has a very steady nature and has really built upon his ability to cope under pressure and deal with competition.

“Technology within the automotive industry is changing so fast and requires dedicated, skilled people like Declan.

“Declan has received training from some of the best trainers and organisations in the UK in preparation for Kazan and I would like to thank them as part of the wider Team UK.”

The WorldSkills Finals in Russia are the 45th in WorldSkills history and are expected to attract over 100,000 visitors.

Sixty three countries will be competing in 56 skills competitions at this year’s contest, which is being held in the city of Kazan in Russia between 22 and 27 August.