RiverRidge wins ‘Waste Management Team of the Year’ for The Open 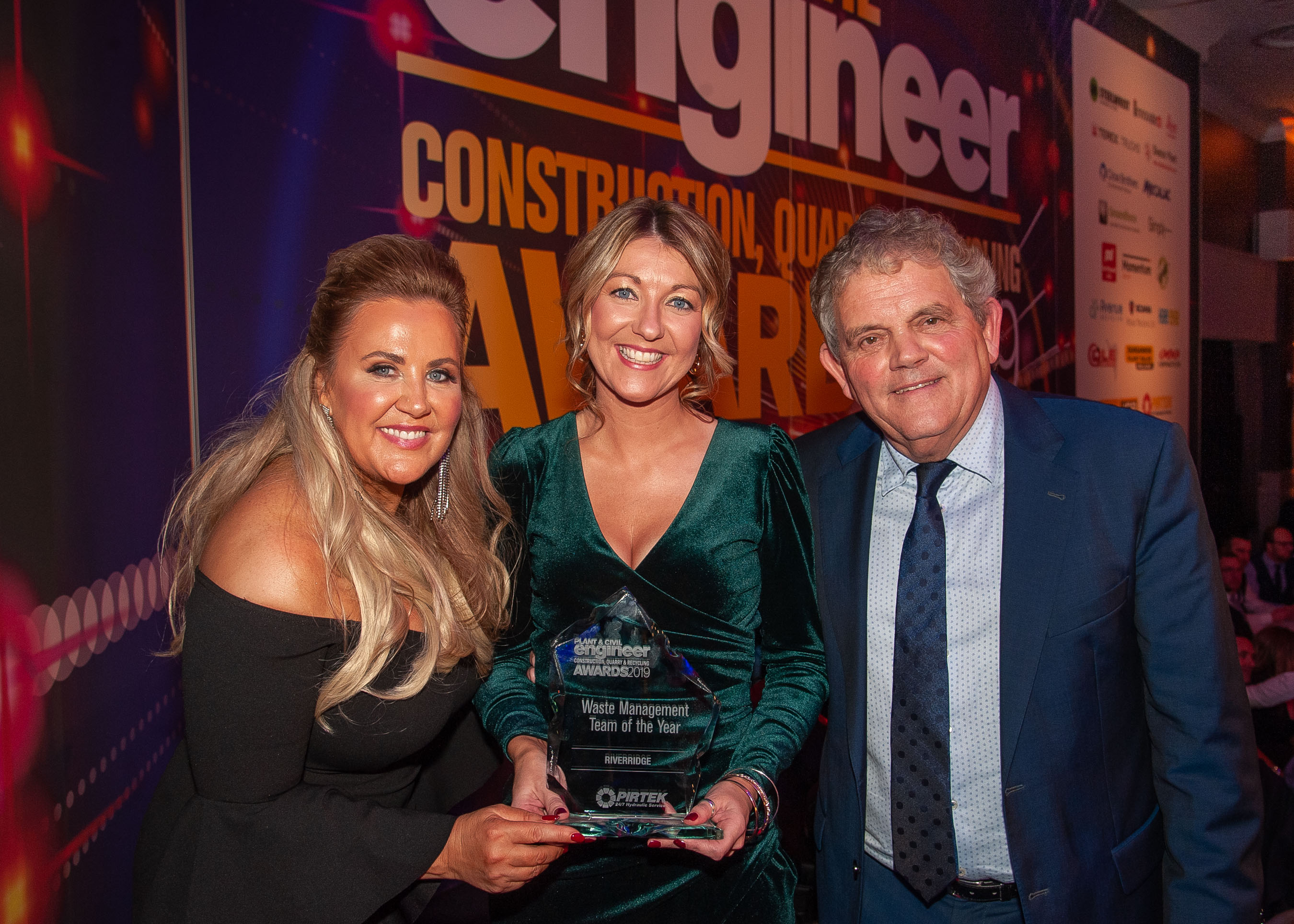 RIVERRIDGE, based in Maydown, has been commended at the annual Plant & Civil Engineer ‘Construction, Quarry & Recycling’ Awards for their work with the R&A at The 148th Open earlier this year at Royal Portrush.

The company was presented with the sought-after Waste Management Team of the Year, which was sponsored by Pirtrek, by Golda Burrows general manager at 4SM Media and Events. It was awarded during an impressive ceremony at the Crowne Plaza in Belfast, compered by Adrian Logan and attended by around 600 guests from all sectors of the plant, civil engineering, construction and waste industries.

Commenting on the awards the judges said: “With a dedicated and committed team, all of whom has many years of experience, and under the leadership and management of Pamela Jordan, senior business development manager, RiverRidge delivered a waste management strategy second to none for The 148th Open at Royal Portrush.

“With a very strong, cohesive team, that also provided detailed knowledge and information for contractors, suppliers and those in the R&A, RiverRidge is a very deserved winner.

“The team worked through challenging conditions; from the inclement weather to the record-breaking crowd of 237,750. This was in addition to the extremely limited space they had for collecting and delivering waste. It is clear that Pamela and the RiverRidge team went the extra mile in every regard.”

RiverRidge is regarded as Northern Ireland’s most innovative waste management company having built a strong reputation for the delivery of sustainable landfill diversion including the engineering of Refuse Derived Fuels and the extraction of recycled products from co-mingled waste streams. Employing over 275 people, RiverRidge provides a service focused on customer satisfaction and environmental sustainability.

Pamela Jordan of RiverRidge, said; “I’m absolutely over the moon and really delighted that the team involved in The 148th Open has been recognised in this way. I worked on this project for over five months and there were so many unknowns from the weather to the amount of people; never mind the amount of waste during the build and derig phases. The team excelled themselves as there was much work to be completed behind the scenes in ensuring that the course was pristine, as well as the contractors and set up areas.”

“Communication, education and advice were key. This was without a doubt a challenging but very rewarding undertaking but having the right team around me made it that little bit easier. Well done to the RiverRidge team on this award!”

RiverRidge is now generally regarded as the market leader across many aspects of the sector. Its position in terms of service levels, innovation and best practice have been continuously recognised by various organisations over the past few years.